His older brother, Frank Reginald Hasse, served alongside Edwin in the Canadian Infantry and was present at his battlefield burial. Frank survived the war and lived until 1972, dying in his adopted country of Canada.

Edwin’s family received a Next-of-Kin Memorial Plaque (also known as a Death Penny) after the war. 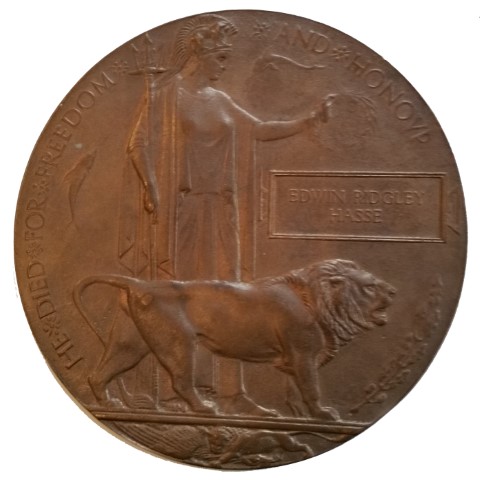 One Response to Hasse, Edwin R