There is some confusion in the official papers about his name. In the Commonwealth War Graves Commission database “Guest” is his third christian name, rather than part of his hyphenated surname. 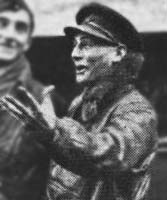 Citation for award of the Military Cross

Reported in the London and Edinburgh Gazettes March 21st, 1918.

For conspicuous gallantry and devotion to duty in aerial combats. On one occasion his patrol encountered seven enemy machines, two of which he drove down out of control. He has destroyed eleven enemy aeroplanes, and proved himself a very dashing patrol leader”.

He was killed in a flying accident a Tangmere Aerodrome on 17th March, 1918, possibly executing a forbidden “barrel roll” in his biplane. 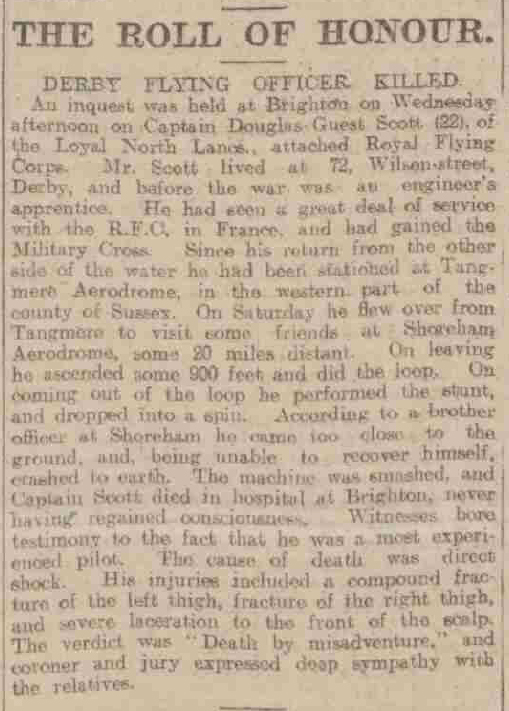 He is buried at All Saints Church, Ockbrook. 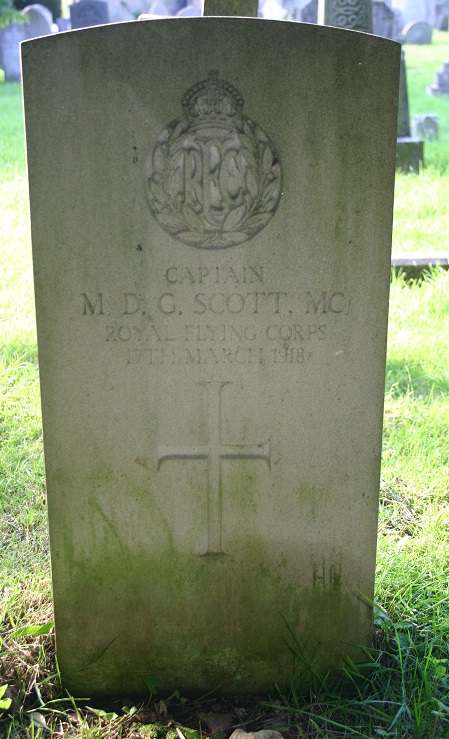 His mother Agnes was his beneficiary.

In common with other military personnel, he was awarded the Victory and British War Medals after the war. He was also awarded the 1914-14 Star, by virtue of his service with the Loyal Lancashire Regiment. 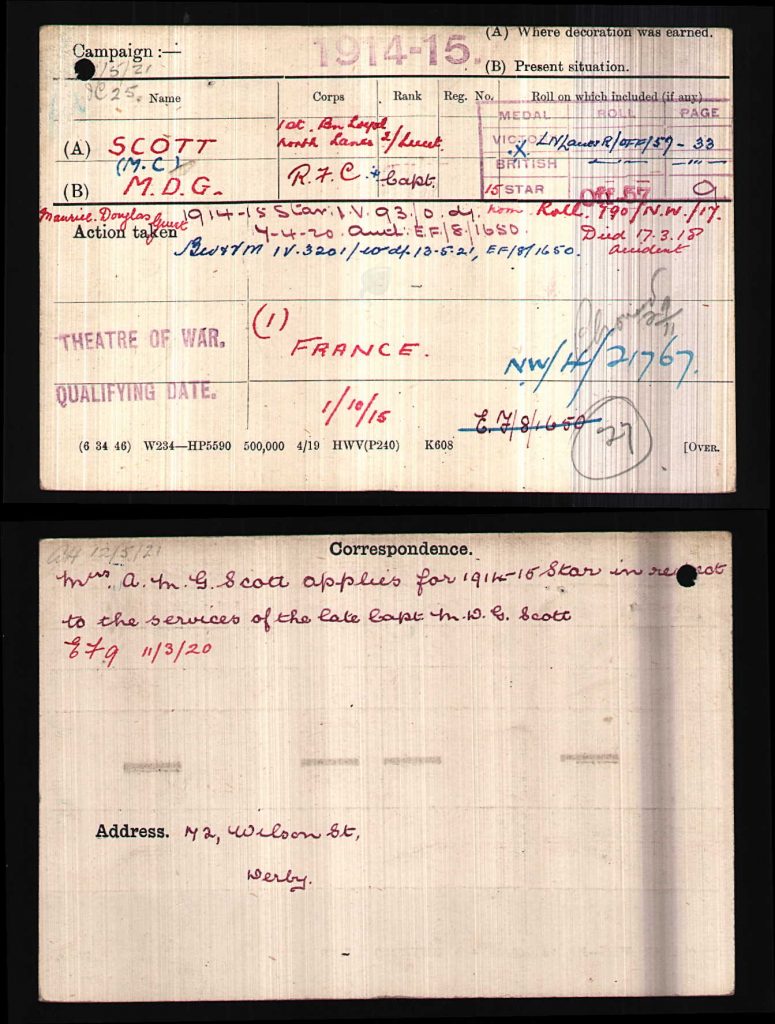